Home » Marriage Horoscope » Will my Married Life be successful? Ask An Astrologer 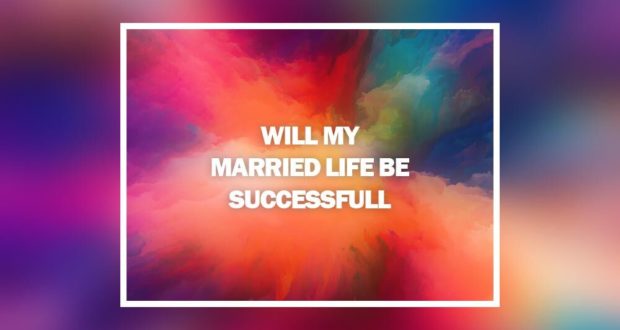 What to ask an astrologer about success of married life

Will my Married Life be successful? Ask An Astrologer

Why it is necessary to get horoscope examined before marriage?

Marital life is considered like a carriage and husband and wife are like two wheels of this carriage. If the carriage of married life has to run properly, then it is very important to have harmony between the two wheels i.e. husband and wife. What I mean to say is that when you are going to ask an astrologer whether my married life will be successful? At that time it does not seem appropriate to make any prediction by looking at the horoscope of only one person i.e. boy or a girl. Hence, the astrological horoscope of both husband and wife is necessary to make any prediction about the success or failure of the marriage.

What questions to ask from an astrologer about marriage

I am going to explain these things through the article presented.

Nowadays it is a time of live-in relationship, boy and girl live together without getting married. Before taking any decision regarding marriage, they want to know how their life will be after marriage. However, those who are not in the live-in, they also want to know that before marriage.  They want to know well about their future spouse. This is the reason why boys and girls mostly ask the same question about how their married life will be. “How will I get married?”, “what kind of life will be the after marriage?”, “will there be love between us even after the entry of the child?”

Some people focus on love and attraction, while some focus on their careers. Some of them want to get married because they are old, now it is not too late for them. While others get married because they love someone. For some, the purpose of marrying is they want stability in life. At the same time, the aim of someone is to have a life partner and with the help of a spouse, it seems to them that life will pass smoothly.

What does the astrological horoscope tell about marriage

Now let us know how an astrologer finds out what the marital life will be like from the horoscope : –

There are twelve parts in an astrology horoscope, each part is known as a house. Each house represents one aspect of life. Now we are discussing marriage, so we will discuss only houses related to marriage in the horoscope.

Just as a dish must have salt, chilli, spices in perfect proportion to prepare it, similarly for a successful married life, there should be a good relationship between first house, fifth house, seventh house and ninth house.

This is a very basic rule, to know more than this, the position of the moon is seen in the horoscope. In the seventh house, I check the element of the zodiac sign. The signs are of the fire element, earth element, air element and water element.

In the case of men, the factor of marriage is Venus. If the position of Venus is good in a man’s horoscope, then he gets the best from the marriage in his life. There is a loss of masculinity if Venus is not good in the horoscope of male.

In the case of women, the factor of marriage is Jupiter. If the position of Jupiter is good in a woman’s horoscope, then she gets the best happiness of marriage. She will definitely have a baby boy.

Apart from these things, the prophecy of marriage cannot be fulfilled without looking at the D9 chart of the horoscope.

Finally, I will say only that if you are going to get married, then you must get your horoscope checked before taking a final decision. I have more than twenty-five years of experience of astrology, so I would say don’t hesitate to contact me. If you are already married and are struggling with problems in marital life, then let me tell you that I also provide remedies for all kinds of problems.

astrologer Astrological Horoscope failure of marriage marriage astrologer marriage horoscope marriage prediction Successful married life What questions to ask from an astrologer about marriage? Will my Married Life be successful? 2019-11-20
[email protected]
Previous: When will i get divorced
Next: Will my life-partner be loyal? How Astrology can Help? 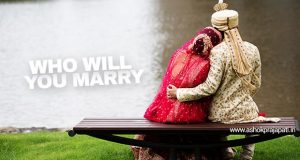