Home » Horoscope » Why Coconut is Broken on Auspicious Occasion? 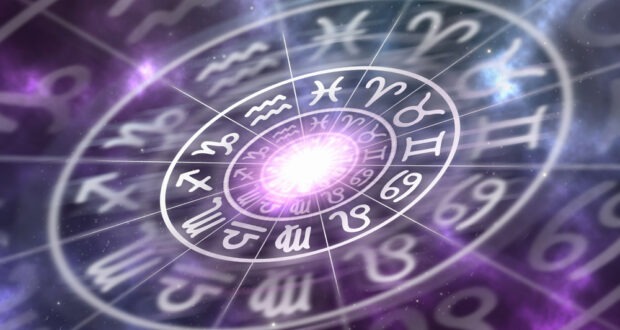 Why Coconut is Broken on Auspicious Occasion?

Coconut holds a great significance in Hindu rituals and ceremonies.
It is a common practice to break a coconut while starting or having new things. All new ventures are started by breaking a coconut for Gods and Goddesses, whether it’s a marriage, havan or buying a new vehicle.

The coconut is known as the divine fruit or Sriphala in ancient scriptures and Vedic literature. It is an essential offering to be found in any temple and pujas ceremonies. The coconut is considered the satvic fruit, meaning that it stands for purity, piousness and health.

Here we will go through the key reasons why coconut is broken in auspicious works.

It was common in Hinduism to sacrifice animal or human on any religious occasion. To stop this practice, AdiShankaracharya proposed to replace it with the offerings of coconuts.

The coconut looks like a human head in many ways. The coir on the outside resembles human hair, the hard shell is comparable to a human skull and the water inside resembles blood and the white kernel is the mental space.

The coconut also represents human feelings like ego, jealously and selfishness which should be sacrificed while worshipping the god. The stripping of layers of fibres means the removal of desires.

The smashing of coconut means you are breaking your ego as a devotee is supposed to be egoless. The soft white kernel stands for brain which is filled with water. This represents the traits of the brain which make one selfish, jealous and egoist. Before it is offered to God, the inner juice is taken out, which means that one should overcome their negative thoughts. Simply put, the breaking of coconut means getting rid of your negative thoughts to become pious.

The coconut also stands for selfless service. Each part of the tree, whether its trunk, fruit or coir, are useful in making mats, foods, oil and soap.

It is said that coconut fruit was produced by Sage Vishwamitra to help king Satyavrata who was attempting to enter heaven or Swarga in a mortal human body but was refused by the Gods.

The coconut is also linked with Lord Ganesha.

It is believed that Lord Shiva gave him a coconut to play with in order to avoid his mischief with his third eye. Coconut is also considered as one of the favourite foods of Lord Ganesha. The coconut is, therefore, is important for Lord Ganesha and is offered to him. That’s why it is broken on the occasion of entering a new home or after purchasing a new vehicle.
Coconut is also placed in the Kalasha or PoornaKumba.

The water and white kernel inside the coconut remain pure and untouched, making them a great offering for the god. The water is also used in abhisheka practices as it is believed to promote the spiritual growth of the person.

Coconut is also associated with fertility, making it an eminent fruit to be used in Hindu wedding rituals. The fruit is kept in the pot is a representation of womb whereas, the nut itself, stands for a life that shower the blessing of fertility on the bridal couple.

However, pregnant ladies are not allowed to break coconut as it stands for life. It is also said that the vibrations occurring from the “coconut breaking” can affect the fetus in the womb.

So you must have understood the significance of coconut in rituals and auspicious practices. What do you think? Let us know by commenting below!

2020-08-12
Team Ashok Prajapati
Previous: What is Your Lucky Car Colour? Astrology Explains…
Next: Astrological Spotlight on Extramarital Affairs And Adultery

What Your Janam Kundali Tells About Your Personality