When will I go abroad 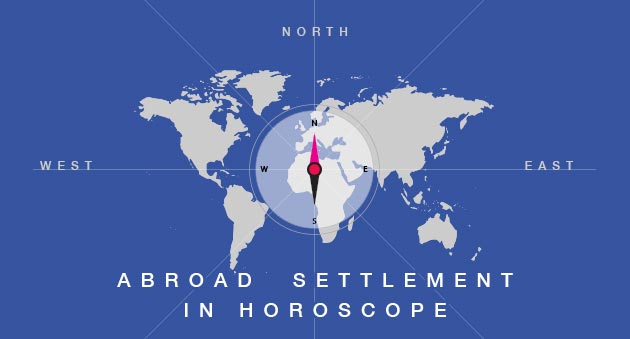 If you are thinking about “when will I go abroad”. & trying hard for abroad settlement this astrology can tell you whether you will go abroad or not. Numerous people trying hard to settle abroad & waste their time in hope but some people get the chance by luck and some others have to see the face of failure. If you are also trying to visit abroad then this article is definitely for you and it is going to help you.

Send your birth details for analysis

You want to know whether you will be able to reach Abroad or not then get your horoscope and open it. It is not a Hercules task. With a little knowledge of Astrology, you will come to know the answer to your question that when will you go abroad.

In your horoscope, you will see your Ascendant (जन्म लग्न). This is the position of the planet at the time of your birth. In the chart, there are twelve houses. Each house represents the different spheres of life from birth to death.

As we want to know about the foreign trip so we will check the only third house, sixth house, eighth house, eleventh house, and twelfth house. We will try to solve the riddle step by step. First of all, the question is why do you want to go abroad?

Secondly:- To earn money, business purpose, to settle down forever.  Here we are talking about the settlement abroad.

Horoscope of a doctor

You may have many astrological Yog of foreign trips.

The eleventh house of the horoscope represents the Earning and the eighth house represents Foreign. When there is any relation between the earning and foreign-related houses in horoscope then the Native will perform a foreign trips.

In case the lord of the eighth house of horoscope exchange its house with any planet then also the Native will perform foreign trip.

If three or more than three planets situated in the third house of the horoscope then the Native settle abroad.

Will I become an actor

The maximum part of the life of the person will spend in the foreign If the lord of 3, 6, 8,12 house of horoscope situated in these houses and there are rare chances of their come back.

Horoscopes of some NRI (Non-Resident Indian) Foreigners are given along with their Foreign settlement Yog.

In the Ruchika (name has been changed) Horoscope, the lord of the second house is in the sixth house. This is the clear Yog of settling of Native at a distant place from his family. She is in the USA for the last five years. The strong Saturn is also affecting, therefore, she is settled in the country of west direction.

In the Karteek’s (name has been changed) Horoscope the malefic planets are in the third, sixth and eleventh house of the Kundli. This is the Yog which enables him to settle at Abroad. Though this is not the single Yog apart from the other small Yog this is the single strongest Yog that helps him to settle at a foreign country. In his horoscope Saturn is strong and this strong Saturn helped him to settle at the USA west direction country.

The Yog of foreign trips come into existence when there is no planet in the sixth, eighth and twelfth house of the Native’s Kundli. This situation clearly is seen in the Kundli of  Vinodini (The name has been changed).

In Midha’s  (name has been changed) horoscope Mercury and Venus are in the Twelfth house and they are responsible for her foreign trips.

In the Khushi’s (name has been changed) horoscope the Jupiter the lord of the sixth house is in the twelfth house and it is affecting the fourth house with its sight. Similarly, the Venus of the eighth house is also responsible for foreign trips.

Horoscope of an engineer

Finally, I would like to say only that the person who is interested to visit abroad will never give up his efforts. But if Astrology abstains to visit a foreign country then no doubt you will be in profit by changing your decision as per the astrological advice. In my next article, I will introduce my readers to some of the planetary positions which indicate the success or failure in the Abroad. 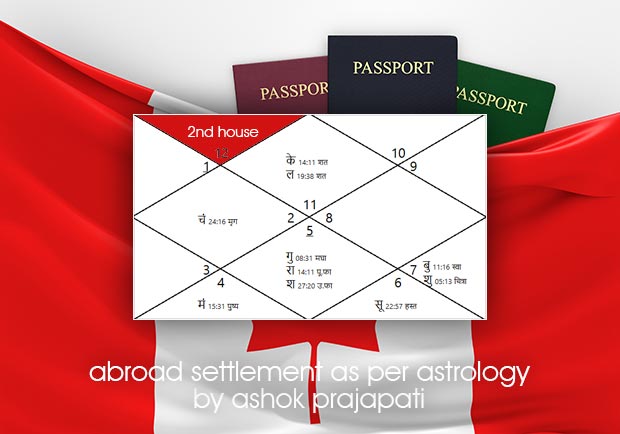 Many people dream of living or working abroad for a better life. Working or settling in western nations is often associated with the 2nd house of horoscope which is the house of prosperity and growth. Read more… 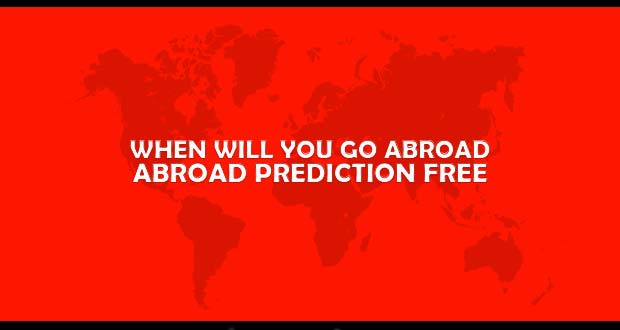 Foreign Settlement in Astrology When it comes to career or even education, everyone is ready to try new ventures. The world is onto a new competition, and this race requires and demands only skillful competitors. Read more… 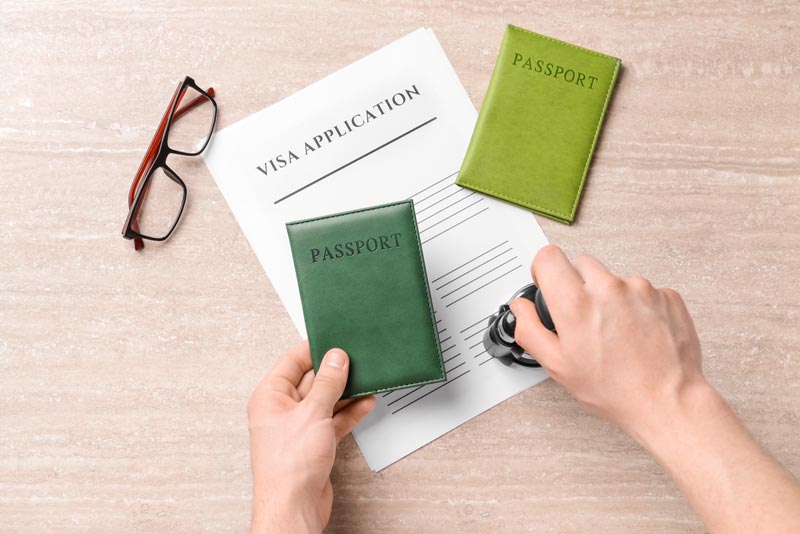 7 Remedies by Astrologer To Help You Settle and travel Abroad

Going abroad is a different thing, staying there permanently is absolutely a different matter. Apart from this, getting success there is something else. It is not necessary that if your horoscope is having abroad travelling Read more…