Home » Gemstone » Side Effect of Gemstones 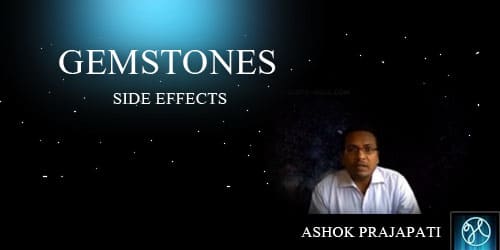 Side Effect of Gemstones

Sometimes the lucky stones become unlucky due to wrong advise. Know what happens if your gemstone is not suitable for you & if you have these symptoms remove the stone immediately.

As per my experience of last 30 years, I found that if a planet is good for you and your fortune but it’s not providing its whole goodness to you then you should wear the particular gemstone related to that particular planet. After wearing the gemstone you will feel the difference in your life, our mentality will be changed towards every situation, and your life will take a new way towards success which will be beneficial for you. Only one gemstone is enough to change your fortune.

The below-provided horoscope is of Mr. Anil Raghav from Bihar, who is having a great loss in his business from last two years. 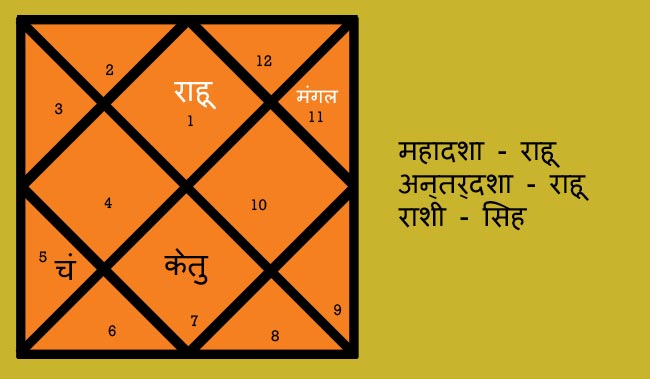 I advised him to wear Hessonite (Gomed) which will be beneficial for him, as Rahu is sitting in his Ascendant which is the 1st house of the horoscope, which makes him unable to take the right decision. Not only in his business but also in his social life hi was unsuccessful just because of his indolence and wrong policies.  In Aries, the Mars (Mangal) gets violent by Rahu, so in this situation, Hessonite should be worn of 7Ratti.

Then Anil Raghav Ji said that he wore Hessonite two months before, after that he met with an accident. Then he removed Hessonite from his finger as he thinks that it was not suitable for him.

As per my belief, I was sure that the person was telling lies or hiding something, otherwise in such a situation of horoscope the person doesn’t get the loss, it is not possible. I have seen that the Paap Kartri Yog of Mars and Rahu in the place of Ascendant 1st and 11th house and suffering of the 12th place of the horoscope. The symptoms of this situation are as follows:

Anil Raghav Ji agreed with this all. He was wearing a Coral (Munga) from last two years. And after the advice of an astrologer, he also wore Hessonite before two months. But the astrologer who advised him to wear Hessonite hasn’t seen him wearing a Coral and even doesn’t think that the Paap Kartri Yog of both gemstones will be active and as a result, he can get injured. After my advice, he wore only Hessonite and removed Coral from his hand and with this I also advised him to remove the copper bracelet which he was wearing. As copper comes under Mars and the combination of Mars and Rahu was already experienced by him.

Till today Anil Raghav Ji is wearing only Hessonite and his business is increasing day by day. After two days of wearing Hessonite, he started feeling the effect and the difference in his life. And he understood that he was given a wrong advice to wear a wrong gemstone as after wearing Coral for two years he had to face a great loss.

The common people do not know the side effect of wearing a wrong gemstone, by this way they make their planet weak instead of making them strong. Today a person who is having some knowledge about astrology or horoscope starts claiming that he or she is also a lucky stone expert. So we should be aware of that the person who is providing us the lucky stone advise is really have knowledge of gemstone or not. How much his knowledge level is. 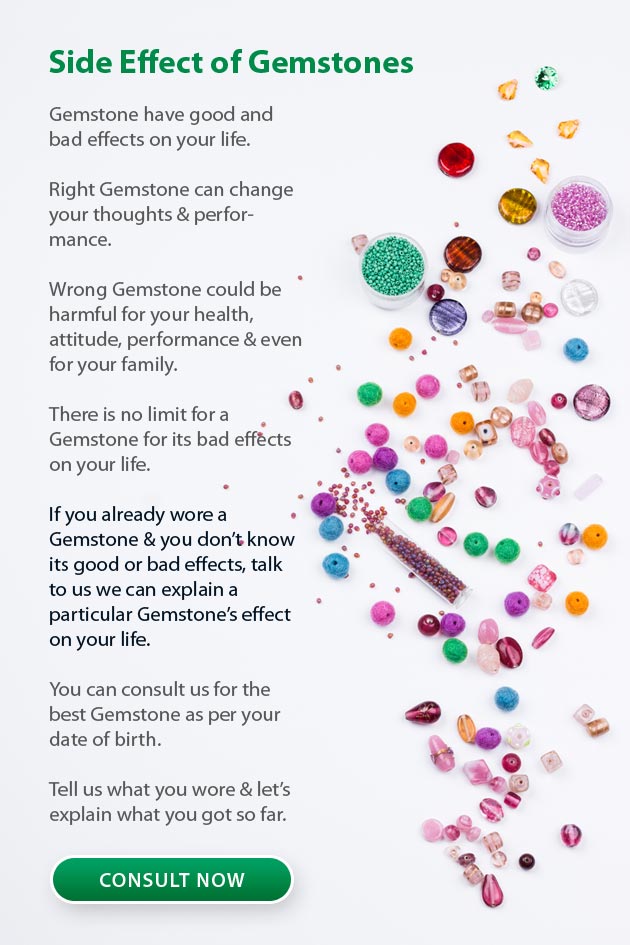 I have given best of my knowledge but if you trust me, you can contact by email and ask your queries. Or you can leave your comments in the form below.