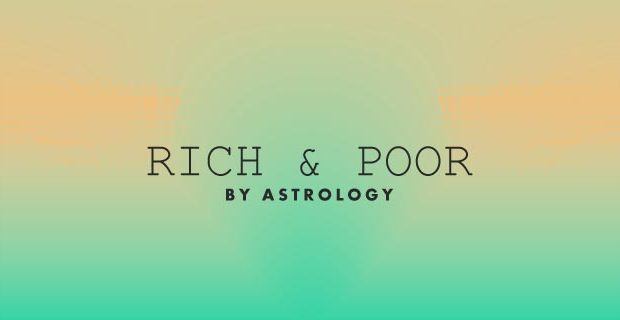 Before discussing the richness or poverty we should be clear about the definition of poor or rich. As far as my personal opinion is concerned, I consider a person very poor if he is unable to spend despite having ample money for any reason. Because his own money is useless for him.

The second house of the horoscope represents the wealth, monetary conditions apart from the other things. This house tells us about your conditions on the monetary front during the whole life. The eleventh house or income house comes after the house of Karm or deed, therefore, this is the house of return after doing the efforts. The eleventh house represents salary, income, etc.

What is 12th House stands for

Then comes the twelfth house, as I earlier said this house represents the expenditure. This house tells us how you spend your income. It is your expenditure that decides whether you are poor or rich.

An example of Rich person

I know one person, he is having enormous wealth. He is the father of three daughters. He spent lavishly without thinking about the marriages of all his three daughters. He performed all the social responsibilities. Unfortunately, in the last phase of life, he was living in a small house. But I consider him a rich person.

Now I tell you about another person. He is a class one officer in the government department. At the age of fifty years, he got divorce though they were living separately for many years. Now he doesn’t any responsibility to perform as no child is born. He is having ample money, big property but I consider him poor. Because he is miser, stingy. He doesn’t spend even on the basic need. He justifies his action by saying that I have seen so much poverty in my earlier life so I don’t want to waste the money. But it is my strong opinion that he is very poor, he was poor and shall be poor.

It is our thinking that makes us rich or poor. One of acquaints of mine is very strange. He borrows money from friends to pay the insurance installment, sometimes deposited in the bank this borrowed money because he never returns the borrowed money. This kind of thinking makes the person very poor.

2019-08-26
+Horoscope-India
Previous: My Marriage Prediction Free
Next: Money in Horoscope