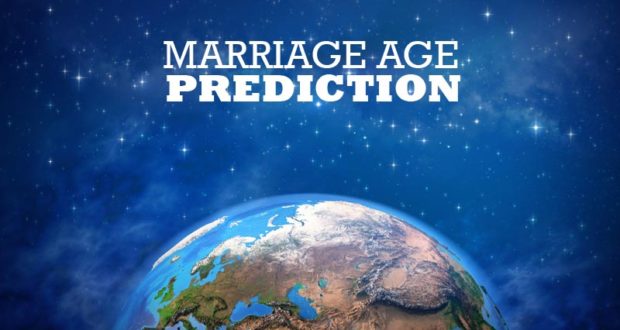 Predicting marriage is a difficult task because the reason is that along with luck, our own role-play in it and parents, relatives, etc. also play an important role. Therefore, along with astrology counseling, the person should have the desire to marry on his own. If a person does not want to get married by himself, then there is no sense to talk about him.

In our society, most women or men get married before the age of 30. If we consider astrologically, then we will find that when the seventh house of the horoscope is affected by naturally auspicious planets like Venus, Jupiter, Mercury, Moon and these planets are situated in the horoscope in their own sign, exalted sign or friendly zodiac sign then no hindrance come in the marriage of the person. A person gets married easily before the age of 30.

I am working in the field of astrology for the last 25 years and in addition to astrological calculations, based on my experience, I can say that when there is the influence of Sun, Rahu-Ketu, Mars, Saturn at the seventh house of the horoscope, then marriage takes place with difficulty. Marriage happens before the age of 30 in very few cases. More explicitly, when these planets put their ill effect on the seventh house, the marriage normally takes place after the age of 30 years with difficulty.

In the horoscope, there is a delay in marriage more than usual due to the influence of the following planets:-

We consider the Sun a natural sinful and a planet of separatist nature. Marriage is delayed by its presence in the seventh house. If there is an early marriage due to some reason, then there is always a high probability of the marriage breaking up.

In astrology, we consider Rahu-Ketu the sinful planet. When Rahu or Ketu is present in the seventh house of the horoscope, it is very common for the marriage delay longer than usual. Marriage occurs only after 30 years.

The presence of Mars in the seventh house of the horoscope creates the Manglik dosha. The greatest effect of Manglik Dosh is that it brings delay in marriage. In addition to other problems, Manglik dosh delay in the occurrence of marriage. We can say that it happens only after the age of 30 years.

Venus is also a naturally auspicious planet. Venus is a factor of marriage in the horoscope of men. If Venus is inauspicious then marriage is delayed. Even if Venus is of the low zodiac sign, there is no marriage happiness.

Apart from the reasons I have given, there are many other reasons why a person gets married after 30 years or even later. We can describe them by looking at the horoscope. However, there is also an important point that if the marriage is delayed due to planets, then we can overcome that delay with the help of astrological remedies. We can also do rituals etc. to pacify sinful planets. These remedies reduce the side effects of sinful planets and there are many other remedies about which we can tell in detail by looking at the horoscope. If you too are facing difficulties with the delay in marriage, then contact us with your horoscope without hesitation. We will tell you the reason for your problem and suggest you the appropriate remedy so that you can lead a happy life.

2020-09-17
+Horoscope-India
Previous: What Your Janam Kundali Tells About Your Personality
Next: Horoscope reading with or without date & time of birth