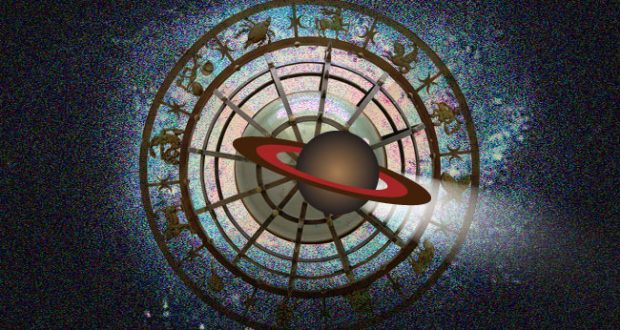 Sade Sati (seven & half years) of Saturn is very popular term among the Indians though they know very less about it. The people feared too much from the Saturn that they are ready to do any thing at the name of Saadhe saati (seven & half years). Once you tell them you are under the influence of sade sati, they will start doing anything to save themselves, they will start donating oil, sesame etc.

Saturn is neither a bad nor a good planet, Saturn means justice, it plays the role of judge and passes its judgment, announce its verdict purely on the basis of your deeds.

During the Sade Sati, every person has to face the consequences of his deeds good or bad. No one can escape from it.

In the first stage (first two & half years) of sade sati the individual face these problems: increasing expenditure upset budget and confrontation with the hiding expenses time and again. Individual receive bad news sometimes the news of death of near relatives. He sees the happening of unexpected incidents. His all the actions, deeds prove wrong & he has to face the criticism from everywhere. If any court case is running then there is strong possibility that verdict will go against him. Even he may trap in any false case.

After debt he finds himself in the anxiety. Consequently he works hard but does not get even half for his hard work. He sees everyone across him trying to ignore him, no one likes him. He passes the time by recalling his past, his happy days and he sees his every call for help is unheard. During this period no worship will help actually all these hardships has been given by Saturn for the past deeds.

The third stage (third two & half years) of Sade Sati: the hardships, misfortunate person faces in the first & second stage amounts to nothing in comparison to the hardships, unhappiness & bad times he faces in the third stage of saadhe saati. If there is any aged person in the house he may die, it happens in the eighty percent cases. No gem stone can help from the saadhe saati. During this period the individual sees his saving has been exhausted.

Finally, one thing I wanted to make it clear that all the persons, individuals do not face bad time. In case of Saturn is under the influence of good, auspicious and favorable planet in the individual’s horoscope then problems will come definitely but he will get the solutions also and the size of the loss will be less. Person escapes from all the misfortune if Saturn sits in the Libra sign in his horoscope. All the allegations, charge against him proves wrong.

Saturn Runs through these zodiac signs. These days Saturn Position is in Libra. Next year in 2014 Saturn will change its place and will transit into Scorpio. This is how Saturn Sade Sati Works.

The person, who always does good things, never hurt anyone by his deeds he need not afraid either from Saturn or from the Saadhe saati of Saturn. Mantras can also minimize the bad effect of sade sati. Sometimes Sade Sati gives benefits also but it depends upon your planets & Saturn position in your horoscope.  If you are suffering from sade sati & going through very tough time, you may ask me for help. I will study your horoscope thoroughly & will tell you whether you are under the influence of sade sati or not. I will try to help you with solutions. Solution shall be in the shape of mantras. Mantra is the only weapon which can help you definitely during sade sati.