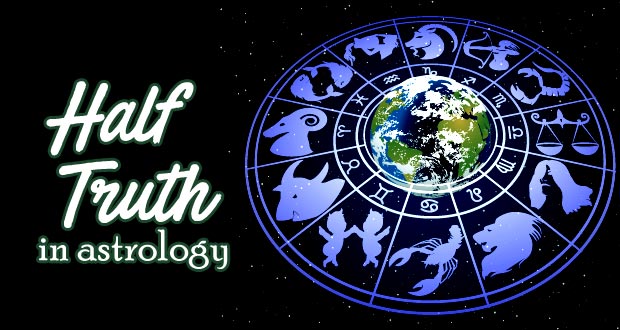 Astrology the language of God

God Almighty created this world, human being & also fixed our destiny. The Great Creator has also given us astrology to read our future which He has written.  The reason behind is that God Almighty never wanted to diminish the ray of hope. Through astrology at least we may come to know when the good time will come. When we face tough challenges in our life we seek shelter in astrology, we rely on astrology but it is unfortunate that many times we find the predictions wrong and sometimes corrected only half part. Let’s try to understand this Enigma with the help of below examples:-

A Person asked one astrologer that how much children I would have in my life. The astrologer replied you are going to get a baby boy but after some time that person was blessed with two children one boy & one girl. Now the question arises why the prediction of the astrologer proved wrong. The reply is that the astrologer has checked birth-chart of the father only if he would have checked the Kundali of that person along with his wife his prediction would never go wrong. So this is the best example of half or incomplete prediction.

In one another example, the native was told that he will have two wives but later this prediction was proved false because his wife didn’t have any such Yoga (possibility) responsible for the divorce.  However, this prediction was not wrongfully but it was wrong to some extent only. Because later it has come to our notice that for a long time there was tension in husband & wife and they run away from each other for the rest of their life.

Now take the example of a job-related query. The native was told that in the year 2016 you may lose your job, may face financial crisis. Native faced the financial problem but not so much as predicted. The reason was her wife, as per the Kundali of his wife, the year 2016 was very good for her. These examples are very common in astrology.

One astrologer told one person that You are having Moon in the eighth house of your birth chart and presently Antardasha of Moon is going on in the Mahadasha of Saturn, therefore, your mother may face health problem, suffer like death. But his mother has undergone the Cataract operation only.  Now, why this happened? The astrologer was right, but he did a mistake, he didn’t check the birth chart of other children of that women. It is important to note that the native had two brothers and one sister. The Major or Sub Period of Moon (Mahadasha) was very good in the birth chart of his brothers & sister that’s why the prediction was proved wrong.

All these examples have been given to prove that the destiny of one person is attached to the destiny of his/ her family, society. The planets in our horoscope influenced the life of our near & dear, parents & children, friends & society. If you may be injured or suffer due to one planet then at the same time the planets in the horoscope of your wife may save you from any kind of danger.

When one matter is related to two or more person one should not rely on the horoscope of one person only because then we will get half / incomplete prediction. My esteemed readers are requested to use their discretion in this regard.