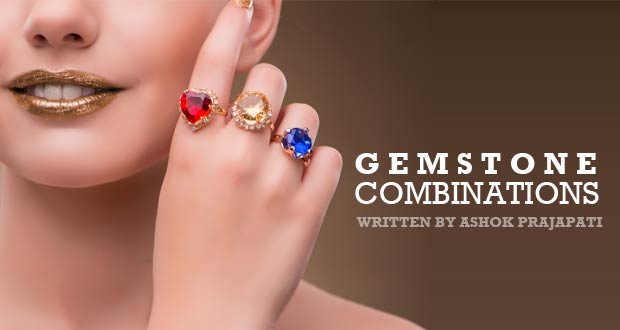 The authenticity of the gemstones is proved by the fact that they are mentioned in the ancient texts and it is also proved that the gems in the crown of kings were directly related to the planets if it were not so, we had not seen the rings with gems in the hands of billions of people.

But this post is not to prove the authenticity of the gems instead it is for those people who say that gems have no special effect on them. In this respect, I want to tell my readers that in order to be called a gem expert, no certificate is required, but who in reality is a gem expert, has always a valuable advice for you. You can rely on his advice to get the blessing of planets.

Those who wearing many Gemstones at a time

You would have seen people wore four or five gems and it is not known to them that which gemstone is harming which one is favorable for them, therefore I advise you not to wear more than one or two gems in one time. Very few people are advised to wear three gems at one time but to wear more than three gems, I never advised anybody in my life.

Now let’s talk about wearing the combination of gems, wearing one gem jointly with the other is called joint gem or mix gem. There are some special rules one has to follow before wearing the mix gems. You will not get this information in any books because what I am telling you about gems is based on my personal experiences.  The information contained in this regard in the ancient books is inappropriate for the today’s era as today’s needs and preferences are different from the ancient one. One thing also keeps in your mind that some rules never been written in books, they appeared when their need arose.

Now I talk about the planets. Though the planets Jupiter and Mercury are father and son yet enmity exists between them, therefore, I never advise to wear the gem related to Jupiter and Mercury together. So the combination of Yellow Sapphire & Emerald is not recommended. In the same way, Mars & Ketu belong to Fire element so the gems related to both the planets Red Coral & Cat’s Eye combination should not be worn at the same time. But in exceptional cases you can wear the gems related to Mars and Ketu together; these exception cases are as follows:

The above principles are proved one and I have seen the favourable, auspicious results of wearing opponent planet’s gems.

You can wear any two gemstones out of following four gems Ruby, Coral, Pearl & Yellow Sapphire. But it is essential to confirm before wearing that they are suitable for you or not.

Diamond, Emerald, Blue Sapphire and Hessonite Garnet (Saloni Gomed) gemstones are considered friendly in nature but keep in mind that the possibility of impotence increases if you wear Emerald with Sapphire. I will suggest you wear Turquoise which has the influence of both Saturn & Mercury.

If Blue Sapphire is suitable it will be highly recommended combination of gems.

The people of Libra ascendant can wear Diamond & Blue Sapphire together. In other words, wear both the gemstones in a single ring.

I would suggest you wear Triangle Coral along with substitute of Saturn instead of Real Blue Sapphire if you have the conjunction of Mars & Saturn in the horoscope.

Wear Yellow Sapphire along with the substitute of Ruby if you are having the conjunction of Jupiter & Sun in the horoscope. 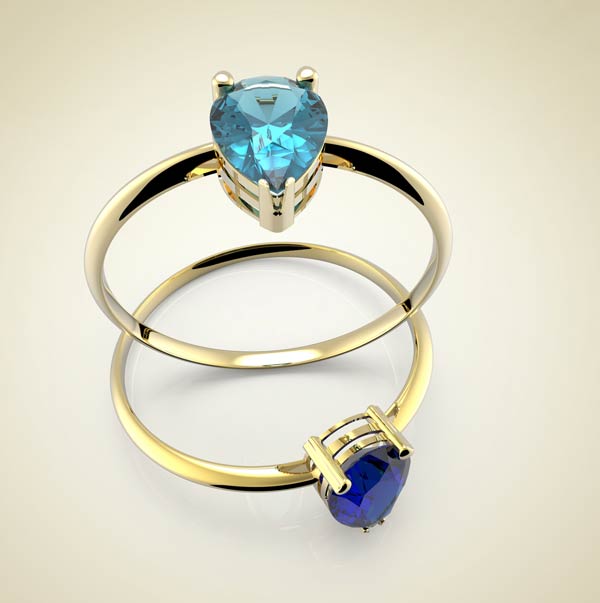 You can wear Emerald along with Ruby if you have a conjunction of Sun & Mercury in the horoscope if there is distance under 8 degrees between Sun & Mercury.

Besides above there are so many other rules which can be explained only after seeing the horoscope. My humble request is to all my readers is that they take the advice of specialist before wearing any gemstone.

A book can be written of gemstones but due to the restriction of time and space I am going to conclude the article here and hope you would like and share it.