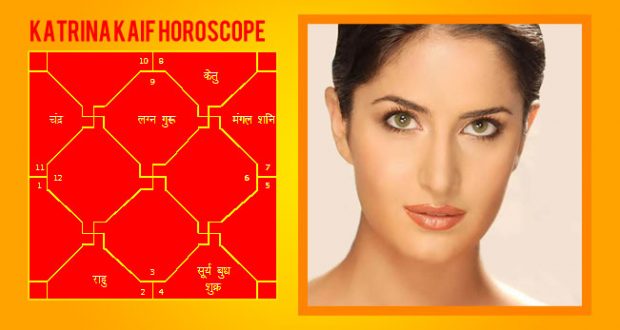 Career in Film Industry by astrology

Usually people ask me Will I become an actor but the answer is in your horoscope itself. This post is all about career in film industry. if you are looking for success in film industry astrology can help you but you must have such planetary positions ideal for an actor.

Every individual is curious to know if they can be successful in this work stream. Some want to know if they will get to work in a movie and others if they can be playback singers. There are different fields related to one film industry. Some person inspired me to clarify this one query that if, Venus which is an important factor in the film industry is weak then, is it possible to get success.

It is true that only the planet Venus is enough to determine this thing. Even though Venus is weak still a person can acclaim success in films. The biggest example is of Katrina Kaif. Let’s glance through her horoscope. As seen Venus is weak in the star sign Cancer. It is simple to say that how is it possible for someone to be so successful with such a state of Venus.

Know your career astrology by date of birth

Indian astrology follows this one theory at all times. Negative+ Negative= Positive.

This Mathematical theory is known as Viparita Raja yoga in astrology. In this yoga there are 12 positions out of which 3rd, 6th , 8th ,12th are unwelcome positions. No matter which ever houses these star signs belong to, the master of these is always harmful. For example if the master of 8th position in the 10th position then there are chances for the person to lose his father at an unfavorable age. If the master of an unfavorable position is in some unfavorable position then the condition it will get weaker. In this case the Viparita Raja yoga is formed. Now the more this house is weakened the more positive returns the person will get.

Why have we taken the example of Katrina Kaif horoscope? Because her horoscope is very special.  In her horoscope Venus is the master of the 6th house and is present in the 8th house. The weaker it is Katrina will get more positive returns. Many pundits are aware of Viparita Raja yoga but still in haste they give remedies to people, even though this positioning of houses doesn’t need any remedies. Let the planets weaker so that negative becomes positive.

This was about Viparita Raja yoga. Let’s now talk about Films. Who will be successful or not for this there are few things to be kept in mind. Not only Venus is a factor influencing films; however Dragon’s head, Moon, Mercury and Saturn etc. are also involved. A film is made with a teamwork of producers, director, actors and cameraman, writer who writes the story, Music director, and singers which make a very important part of films, Choreographers and many other small units of work.

Now it’s your choice as to which field do you want to explore. If you will get success or not that has to be judged by not only by Venus but other planets as well.

Learn my article Career in modeling by your date of birth

How can astrology help? Discover your strength

The Conclusion is that Astrology has the answer to every question but you should know how it works and with experience, you will get the right path. If you have such yogas which are ideal for success in films/television or entertainment media, you should try in this field. If still, you are not getting chances ask the astrologer to determine which planet have issues, I am sure with powerful remedies you can get success.

If there is anything else unexplored in this context please guide me. Any kind of queries is most welcome. Kindly use the below-given comment box.