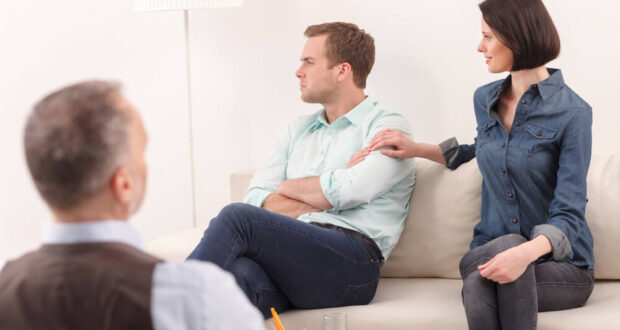 They say that marriages are made in heaven.

But not all people might believe this proverb due to their troubled married life.

Well, problems are inevitable in married life. It might be because of the misunderstanding between the couples. Maybe the wife is not on the good terms with her in-laws. The husband might have an extramarital affair. Money related issues can also cause friction between them.

While these problems are common, sometimes they lead to the worst outcomes such as divorce and domestic violence.

Even such things happen between the emphatic and open-minded couples.

Astrologically speaking, marriage problems can be caused by planetary positions in one’s horoscope. An efficient astrologer suggests you remedies to overcome problems and lead a harmonious married life.

Here is a rundown of common marriage problems and how they can be solved with astrology.

Your wife might have tumultuous relationships with her in-laws.

She doesn’t like the way their in-laws interfere in her marital life. Or she is not happy with her husband being the puppet of his mother all the time. Such things only bitter her relationships with her in-laws.

Is your partner cheating on you?

In astrology, this happens due to the interaction between certain planets.

For example, Mars stands for sexual expression and intimacy in married people while Venus is responsible for love, bonding and marriage. If Venus combines with Mars, the native is more likely to have an extramarital or secret love affair. If Venus just interacts with Uranus, then the affairs are just for the satisfaction of lust and sexual urges. The placement of Rahu in the seventh house also creates chances for extramarital affairs.

The intimate relations between married couples also determine their bonding. The lack of intimacy can hurt their married life. It is also determined by the position of the planets in one’s horoscope.

For example, Mars in Libra indicates issues in reproductive organs which lead to poor intimate relationships.

Weak and afflicted Venus in the 7th house shows that either wife will be infertile or husband might be impotent. 12th house is known for sexual pleasure. If it is weak, it indicated poor sexual life.

The positive connection among the second, seventh and eleventh houses paves way for positive changes of having financial gains after marriage.

If a couple is experiencing a lack of warmth and happiness in their relationship for a long time, there might be issues in their astrological houses.

The key houses for marital happiness or disharmony are 4th house, 8th house, 7th house, and 12th house. While compatibility is generally predicted through kundali milan before marriage, the incompatibility can still occur due to other issues.

If the Lord of the 7th house is in conjunction with 12th lord and Rahu and placed in Lagna, it is not a good indication.

An Astrologer Can Help You with these Problems

So these are some common problems that can eclipse one’s married life. As they are caused by the negative placement of the planets, an astrologer can help you fix these problems.

An efficient astrologer will suggest remedies to pacify negative planets in your horoscope so that you can restore a cordial relationship.